Apache2 comes with several threading/process models to handle requests. The traditional method is maintained as prefork while the newer method is worker. The main difference is that the former relies on forking processes while the latter method uses multiple threads. The result is that worker is faster than prefork under load.

I tested this by setting up two servers, one with prefork and the other with worker. I used Apache Bench to hit both systems. At low concurrency of around 200 connections, both of them worked equally as well because in both cases, the main bottleneck was CPU. After I increased the CPU from single to six-cores, the load was handled equally well until I upped the ante to 500 concurrent connections.

At this point, the worker model would still run fine while the prefork model would start to fail periodically. It is like it has trouble handling the sudden spike. Once it has been hit a few times, it will also be able to handle the load but ramping up is less graceful. This is pretty obvious once you think about it a bit and preforking processes will have a larger overhead than spawning threads.

The only advantage of using preforking is when handling non-thread safe code. However, since my Apache serves only as a reverse proxy front-end, it does not need to handle any non-thread safe scripts. These are all handled at the back-end by other servers. So, there is really no necessity for the prefork model on my setup.

I have been doing some Apache optimisation recently and I thought that I will note down various tweaks for documentation purposes only. These tweaks will be written down as I find them.

So, stick to using 1024-bit RSA keys for SSL until it gets broken.

I had occasion to clone a hard-disk over the network today. I wanted to replicate a VM setup that I already had running in one machine, over onto another, which will save me time from setting it up again. So, I checked the internet about using dd with nc to clone over the network. Most places gave the following info:

However, trying that set of commands would fail. So, checking the man pages for NetCat revealed that you cannot use both the -l and -p parameters together. So, the correct set of commands should be as follows:

Which worked out just fine in the end. Thought I’d share it. 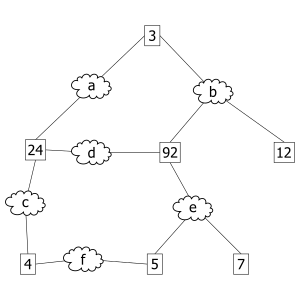 I have been using polipo as my proxy server and recently, it has been developing some weird problems. For one thing, it sometimes refuses to connect to websites without any errors on the client side except for time-outs. I know that the sites are up because I can connect to them if I bypass polipo.

The reason that I use polipo is because of resource requirements – much less than say, squid. As an upstream web proxy, it works really well. I have gotten better results out of it than squid but I simply put that down to my lack of squid config-fu. Polipo is much easier to configure as there are less options to play. However, it is also a plain vanilla proxy and does not try to become the proxy for everything as squid does.

After some investigation, I got a clue from the polipo logs – that it was timing out as well with the following message:

This confused me because it was obvious that the website was up and working. So, I dug around and found out that polipo uses its own DNS resolver by default and not the system resolver. The reason that it does this is in order to obtain the TTL information on the domain directly. However, the information still comes from the same DNS server either way.

Turns out that it was a networking problem. By default, polipo would return the AAAA record instead of the A one if both are present. It is designed to prefer IPv6 over IPv4. My home network is IPv6. This can be controlled with either of the following options:

Since I have not yet enabled IPv6 support through my gateway, I decided to just disable IPv6 for polipo entirely. I might turn it back on once I get IPv6 up at home. I really need to get down to activating my Hurricane gateway tunnel and writing a guide for it. 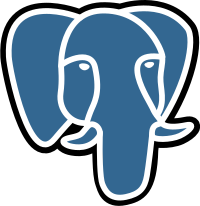 I thought that I should plug this WordPress plug-in. It is a PostgreSQL compatibility layer for WordPress. I have to say that it seems to work as advertised thus far – this blog runs on it.

I have been trying to find a useful compatibility layer for moving various web applications over to PostgreSQL for quite some time now. I experimented with SQLRelay and it seemed to work fine stand-alone but I had a lot of trouble trying to get it to work with FastCGI on Lighttpd. Setting the appropriate environment variables seemed to do nothing for it.

The reason for this switch is numerous, mainly due to standards compliance and stability. However, the recent takeover of Sun by Oracle did it for me. I do not see how MySQL is going to survive the exercise unscathed. I just hope that the compatibility layer works well enough to sustain this blog for a long time.